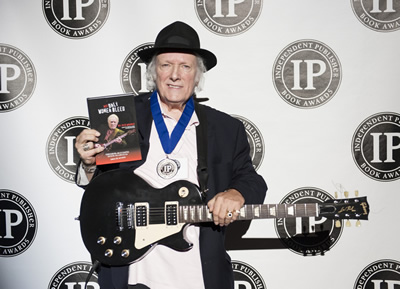 "We thank you again for the honor of the IPPY Award! I have to tell you that Dick has so much enjoyed wearing his medal. He wore it for several weeks after the ceremony, much to the amusement of his bandmates. But his fans were quite charmed by it. I have to tell you that Dick has now won five awards for this book, but none of the others have offered the recipients the honor and ceremony that IPPY has created for its winners. Class act, Jim."

"It's made a huge difference in my sales, and was the key factor in convincing me to go to a second printing. The IPPY gold seal looks great on the new cover, and I think it's opening some doors to publication reviews." 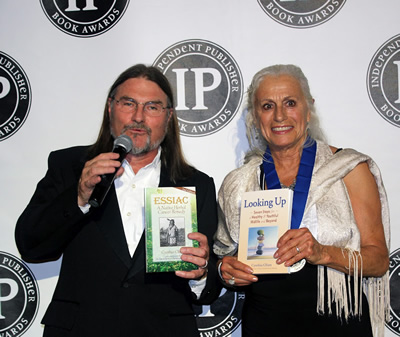 "My latest project was planned as a more personal story. It became a lengthy, labor of love. When I made the decision to enter my book in the IPPY Awards, I had no idea it was the same company who awarded me in 1997 (that year they were called the Small Press Book Awards). Fifteen years later, there I was in New York, my three daughters in attendance, receiving recognition for my work. Although years have passed, writing and publishing continues to be a wondrous and fulfilling purpose in my life."

"Winning the silver award last year (Useppa, a Passage in Time, 2007) improved our ability to market the book in a multitude of ways. It gave us credentials that we used in our public relations and marketing; it made a real difference in our ability to get book signings and presentation opportunities; it enabled us to get radio and TV interviews; and often people selected to purchase the book because of the silver award medallion sticker. We actually had a couple of people return the book because their book did not have the medallion sticker. It also made the author and the artist feel appreciated and honored, and gave us a reason to celebrate their success!" 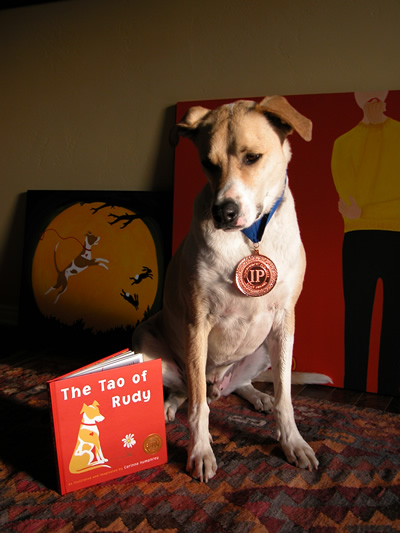 "I can't tell you how much I value my initial Bronze IPPY award (2008), and I know it's been instrumental in drawing attention to the The Tao of Rudy! Chronicle Books just made an offer for The Tao of Rudy, and of course I accepted the initial terms a couple of weeks ago, and am currently reviewing the rest of the contract. A lot has happened in the last year, and I appreciate your efforts in making my first book a success!"

"The fact is award stickers help to convince buyers to purchase. I've seen this happen with librarians -- when faced with two competing titles and a limited acquisition budget the librarians will take the one that won an award, any award, over the title that doesn't have an award to its credit. I'm confident that this same phenomena works for bookstore patrons browsing the shelves as well."

"I just want to let you know that you have fulfilled my wildest dreams for my book! I found the Ippy Awards online 6 years ago shortly after beginning my book and entering my book was something I always knew I would do. Winning the Gold Medal has made my year!"

"Wanted to share some exciting news... we just signed a book deal with Atria Books (a division of Simon and Schuster). Our book is going to be re-released in July 2011. Guess you were right!"

"Our winning of a gold medal in the 2008 competition has greatly helped book sales. We sold nearly 2500 copies of Wild Alberta at the Crossroads last year and had to order a reprint of 1500. When we show retailers the gold medal they are always impressed and invariably order some books." 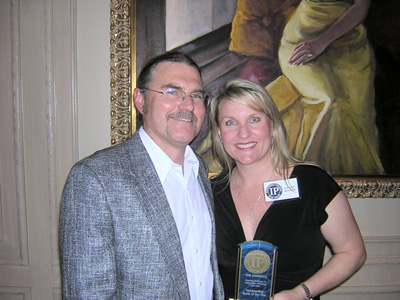 "I was speaking to (a publisher I'd met at BookExpo) on the phone and she didn't remember me, but then the moment I said that my book won the 2006 IPPY Award for Outstanding Book of the Year - Most Life Changing, she immediately perked up and went "OH." She got really excited after that and wanted to hear more about my book. She was happily anticipating my book proposal. First, it shows how well-known and prestigious the IPPY award is. Just the name IPPY Award can knock down brick walls. Second, it's a great example of how important it is for authors to submit their books to award contests."

- Bronwyn Marmo, author of The Food is a Lie, the Truth is Within

"Equipped with these awards, the book has taken on a new life. We've had several reviewers who passed on the chance to review it the first time around offer to review it now. We've also had some paperback reprint interest and even some film interest."

"It was always going to be difficult for me to do business all the way from Australia. You and your awards have provided a "foot in the door" in the US market for me, which I thoroughly appreciate!"

"I received the award for the William Fox book, and I can't tell you how happy I was to see it. We are a very small company and put our heart and soul into each book, often finding photos for the text ourselves and arguing with writers, who insist their work is perfect and not to be touched. Very few of our writers realize a good editor only makes them look better. But it's so nice to have your work recognized, especially since usually we only get complaints. I sincerely thank you."